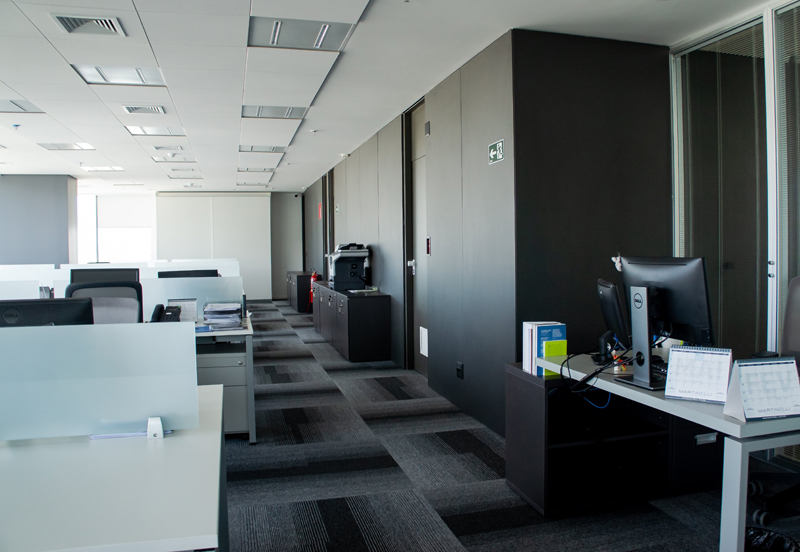 For some years now, companies have been breaking the old mould when it comes to the decoration and layout of their office spaces. Battery-hen-like small compartments with a desk, chair and computer, have given way to open, light, airy work-spaces complimented by recreational and relaxation areas for members of staff. This trend was definitely started by internet companies, but it need not only be their realm. Many other companies can learn some useful lessons from these pioneers.

Studies have shown that if individuals work in a drab environment, this will be reflected in their performance. Bringing light and life in the form of plants into the office environment will literally lift the spirits of your staff as well as their quality of work.

Here are a few advantages of making your office space a nicer place to be:

Productivity – The Journal of Environmental Psychology Energy recently reported, that well decorated and laid out office space increased the energy and subsequently the productivity of staff.

Creativity – More and more companies are now asking many of their staff to “think outside the box” which is effectively another way of asking them to be creative. Many people find that they come up with their best ideas when doing something completely unrelated to their job function. We can all remember the staff recreational areas in some of the large internet companies, with bean bags on the floor and game consoles for all staff to use whenever they felt like it. In the past, anybody coming up with that idea would be laughed out of the boardroom, but it really does work.

Socialising – In the past, members of staff stopping for a chat was frowned upon by management and seen as non-productive time wasting. According to a study performed by the University of Michigan however, engaging in a little small talk regularly actually causes a significant improvement in the area of the brain that controls focus, planning and organisation. So, contrary to belief, a quick chat between colleagues now and again, about nothing to do with work, can make them sharper and more organised.

Personalising – Allowing staff to personalise their work-space with pictures of family members, pets etc. makes them feel less like just a number or a robot. It reminds them that they are a valuable member of society, and this in turn actually makes them work far more effectively as part of a team, according to Kimberley Elsbach, professor of organisational behaviour at the UC Davis Graduate School of Management.

So, what do you need to do to begin to make your office space a nicer place to be?

So, by just following these few simple steps, you will immediately improve staff morale and in turn their productivity. This is no longer new age mumbo jumbo, but scientifically supported fact.

And here at BulgerWicks Decorating we are able to help you improve your commercial decorating.

Now is the time to start thinking about decorating your home. The weather is becoming…

The year so far The key word this year has been grey. Let’s talk about…

for London and North-East Surrey

Archives
Back To Top